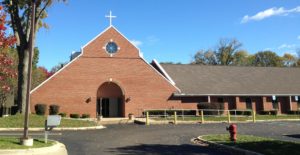 The Detroit Mar Thoma Church is the only Mar Thoma Parish in the State of Michigan which is famous for its five great lakes and the three major motor companies of the United States of America.

We have a humble beginning with about 15 families in 1975. In the early stages Holy Communion services were provided by clergy who came to Canada and United States for theological training. Rev. Abraham Lincoln, who was pursuing theological education in Toronto, Canada, was helpful in providing services occasionally. Holy Communion Services were conducted regularly since August 1975 at The St. John’s Episcopal Church, Woodward Avenue, Detroit.

Initially Rev. C. I. George (the late Rt. Rev. Geevarghese Mar Athanasius) provided leadership. Later with the efforts of Rev. V. T. Koshy (late Rt. Rev. Easow Mar Themotheos), we received the congregational status on May 1, 1978. In September 1978, Rev. Dr. Ipe Joseph was appointed as the first vicar of the congregation while he was serving the Chicago Mar Thoma Church and regular worship services were started at The St. Peter’s Episcopal Church, Detroit, where worship continued for over two decades.

The church building site at 24518 Lahser Rd., Southfield,MI 48033 was purchased on 9th September 1995. The foundation stone of the church was laid on 19th October 1997 and the Church was dedicated on March 11, 2000 by the then Diocesan Bishop Rt. Rev. Dr. Zacharias Mar Theophilus. In January 2004 the Parsonage was purchased at 23949 Susan Dr., Farmington Hills, MI 48336. In November 2010 about 4.23 acres of land with a house, adjacent to the church was purchased for the further development of our parish.

Our parish currently has 180 families with 664 members in 8 prayer groups which includes members from Ohio. We give Glory to God through our praise and worship.